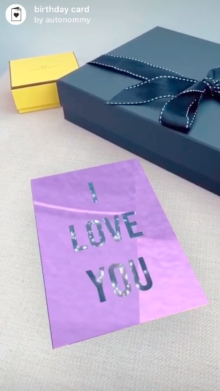 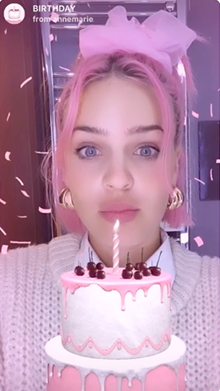 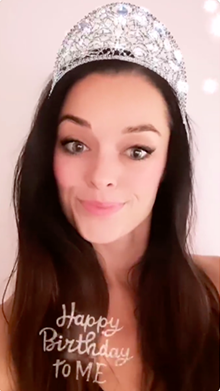 
“We worked with poplar on WOW & Sony and Into the Blue, we’ve teamed up with Creative Giants and Adam Neate who is a British painter, conceptual artist and described by The Telegraph in 2008 as “one of the world’s best-known street artists. The effect: You are able to enter a virtual world designed by Neate, featuring the painting. ” – Jack Maddelena 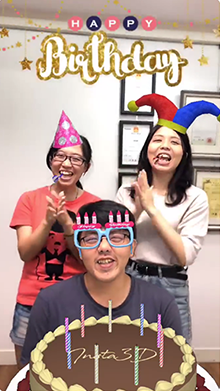 by Insta3D – Create your 3D Avatar

HAPPY BIRTHDAY
Get tired of eating cake? Replace a real cake with this filter. Besides, no need to worry about getting FAT 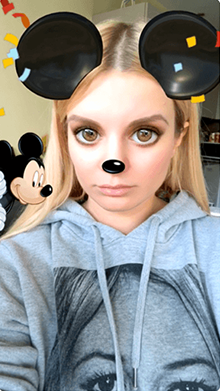 The Lens will add Mickey ears and a Mickey nose to your face, sprinkle confetti on you, and in turn make everyone look absolutely adorable. Mickey also occasionally pops up on either side of the screen.